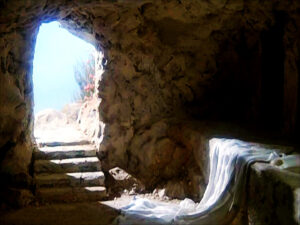 On 31 March 2013 Western Christians (Protestants and Roman Catholics) will be celebrating Jesus Christ’s rising from the dead.

Due to different calendars Western and Eastern Easter celebrations in 2013 will be a month apart: 31 March and 5 May.

Many have wondered: Why the difference in Easter dates?

The First Ecumenical Council (Nicea 325) instructed that the celebration of Easter (Pascha) should fall on the Sunday following the first vernal full moon (Synodal Letter; Eusebius’ Vita Constantine Book III Chapter V-XVIII).  However, even with these instructions there would still be differences over how to carry out these instructions.

Fact Monster has an interesting article: “A Tale of Two Easters: Why one faith and two celebrations?” by Borgna Brunner that gives an overview of a complex and knotty problem:

The Western church does not use the actual, or astronomically correct date for the vernal equinox, but a fixed date (March 21). And by full moon it does not mean the astronomical full moon but the “ecclesiastical moon,” which is based on tables created by the church. These constructs allow the date of Easter to be calculated in advance rather than determined by actual astronomical observances, which are naturally less predictable.

The Eastern Church sets the date of Easter according to the actual, astronomical full moon and the actual equinox as observed along the meridian of Jerusalem, site of the Crucifixion and Resurrection.

There have been attempts to set a common Easter date for all Christians, e.g., by the World Council of Churches at Aleppo in 1997.  However, for Orthodox Christians resolution of the issue can only come through an Ecumenical Council that stands in continuity with the previous Seven Ecumenical Councils.  A common Easter date would do little to heal the differences over more significant issues like the Filioque and the Pentarchy.

Differences over dates and fasting practices should not be grounds for excommunication.  In the second century a controversy broke out over  when Easter was to be celebrated.  Some celebrated Easter on Sunday, while others celebrated Easter in the middle of the week if the 14th of lunar month of Nisan (the Jewish dating for Passover) occurred in the middle of the week.  The churches of Asia Minor appealed to its following an ancient practice, but Pope Victor of Rome excommunicated them (c. 189-199) for not being in conformity with the other churches.  Irenaeus of Lyons intervened by: (1) condemning the Quartodeciman practice and (2) reproaching Pope Victor for not keeping to moderation of his predecessors.  For more on the Quartodeciman controversy see: Eusebius Church History 5.24 and the Catholic Encyclopedia article “Easter Controversy.”

The lesson to be learned here is the need to give importance to the major issues over the minor ones.  Christ’s resurrection lies at the heart of the Good News.  Western Christians, if they hold to the historical reality of Christ’s death and his third day resurrection, they have much in common with Orthodox Christians.

See also About.com “Why Does the Date for Easter Change Every Year?”