High Church Calvinism: Out on a Theological Limb? 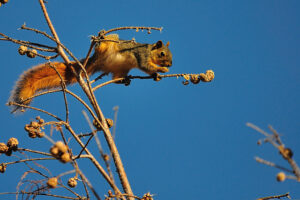 Going out on a limb -- Credit: John Carrel

The Reformed tradition is evolving in interesting directions as people seek to recover the historic and liturgical church.

The article is a critique and rebuttal of Philip Schaff’s attempt to integrate the Reformed tradition with the early church by means of a Hegelian synthesis.  “Tsar Lazar” is an anonymous writer who belongs to the Reformed tradition, but evinces strong sympathy for Eastern Orthodoxy.  The article provides a valuable corrective and challenge to the recent interest in Mercersburg Theology in Reformed circle, and especially to W. Bradford Littlejohn’s The Mercersburg Theology and the Quest for Reformed Catholicity.  In my review of Littlejohn’s book I noted that one shortcoming was the scant attention given to Schaff’s dynamic Hegelian approach to church history, an approach many Orthodox would find questionable.  Tsar Lazar may not be Orthodox, but he sure sounds like one!

Tsar Lazar discusses a major problem for both Roman Catholic and its Protestant offspring’s progressivism which is integral to Hegelianism: If the ‘Truth’ is really a future ‘Synthesis’ of what’s partly present now and a future antithesis; where is the plumb line of Christian truth?  Indeed, what is to prevent the most cherished Roman Catholic and/or Protestant theological construct or dogma from one day plunging down the hole of evolutionary flux? Including (as seen in most ‘progressive’ circles) the Faith once delivered to the Apostles?  For the Orthodox, what makes the Trinitarian and Christological formulations of Nicea, Chalcedon, and the Seven Councils true is the same thing that makes Holy Tradition true — Pentecost — the active presence of the Holy Spirit promised to the Church from the beginning.  It is the Truth Orthodoxy first received from the Apostles and has zealously guarded and handed down for centuries to the present day.

Below is Tsar Lazar’s searing critique of Schaff’s approach to historical theology:

Perhaps the most glaring issue with the Mercersburg theology is who gets to be the judge?  If Christianity is a historical process, then a number of questions follow: how can one judge a position outside of knowledge of the final result? This is a common critique of Hegel. If the truth lies in the next historical moment, how are we to properly evaluate the present moment? For the next moment will give us new knowledge on our current moment? We are left in a perpetual state of flux.

Philip Schaff and John Williamson Nevin are to be commended for steering countless Evangelicals and Calvinists away from certain American, reductionist accounts of Christianity. For example, Nevin’s portrayal of the Lord’s Supper is infinitely to be preferred to Charles Hodge’s spectral, memorialist view. Schaff is to be commended for calling attention back to the ancient roots of the church,  Yet, both of these men stop short from calling men to actually go back to the ancient church.  While Nevin says we feed off of the body of Christ in a “spiritual” sense.  These two men remove us from American reductions of the faith, and bring us one step closer to the ancient faith.  Unfortunately, they take us to the river, but do not cross it.  (emphasis added)

See also:  “An Analysis of the Mercersburg Theology”  TsarLazar.com  (28 December 2010)

“On Not Being Afraid of Becoming Episcopalian”  Leithart.com (7 April 2012)

Pastor Peter Leithart explains why his church incorporated a number of liturgical practices into their Sunday worship to the point where a visitor might mistake it for an Anglican or Episcopalian church.

Leithart seems to be making this liturgical shift partly out of a concern for “wandering Evangelicals” looking for the historic church.  In a recent article for First Things he wrote:

Evangelicals move away to Constantinople or Rome at an alarming rate, often because they lose hope of finding even a glimmer of liturgical piety in Evangelical churches. They’re hungry, and they believe they have found where the banquet is happening. Luther and Calvin would be aghast, for in their eyes the Reformation was an effort to restore priestly food to all of God’s priests as well as an effort to recover the gospel of grace.

I like what Leithart had to say about the Christian liturgy being rooted in the liturgy of the Jewish Temple.  Much of it supports what I wrote in the subsection “According to the Pattern” in another posting: “Orthodox Worship Versus Contemporary Worship.”

But what I found questionable was his claim that for much of church history the church was not “properly liturgical.”  Apparently what Leithart has in mind is the exclusion of the laity from the Eucharist.  He writes:

But this is not what the church has done historically. Catholic and Orthodox churches retain some of the exclusions of the Old Covenant. For many centuries, the Western church excluded the laity from the table altogether, conducted the Mass in a language that most did not understand, taught little of the Bible. Protestants, especially Reformed Protestants, quickly lost the sacramental side of liturgy, and Protestant worship became an inverted image of Catholic: For a Mass without Word, Protestants substituted a sermon-session without sacrament.

What is curious about this paragraph is that he first blurs, then indicts both the Roman Catholic and the Eastern Orthodox for excluding the laity from the Eucharist.  He does this by listing the damning evidence against the Catholics while saying nothing about the Orthodox.  As an Orthodox Christian I have two responses: (1) That’s not true! and (2) That’s not logical!  Historically, the Orthodox Church has not barred the laity from the Eucharist.  The Orthodox Church has welcomed the laity AND their covenant children to partake of the Eucharist.  My pastor urges parishioners to partake of the Eucharist frequently and speaks out against the notion that the Eucharist is only for special occasions like Christmas and Easter.  Indeed, access to the Body and Blood of Christ in the Eucharist is far more open in Orthodoxy than it has been throughout the history of Protestantism.  Of course, it is natural for Pastor Leithart to blur or overlook this embarrassing fact of history.  Bottom line is that Leithart has no factual or logical basis for tarring Eastern Orthodoxy with the same brush used against Roman Catholics.

Pastor Leithart talks about his becoming “Episcopalian.”  The word “episcopal” means “having a bishop” or “being under the rule of a bishop.”  I would ask Pastor Leithart: Who is your bishop?  And how does he trace his apostolic succession?  From what I can see in his article, Leithart is still part of the Reformed tradition and retains the Presbyterian form of church governance without bishops or any pretense of apostolic succession.

I would like ask Pastor Leithart: Where do you stand with respect to the real presence in the Eucharist?  This is the heart of ecclesiology and worship.  There was a time in graduate school when I frequented a nearby Episcopal church.  It was a conservative high church Episcopalian parish in Berkeley, California.  Then one day I read William 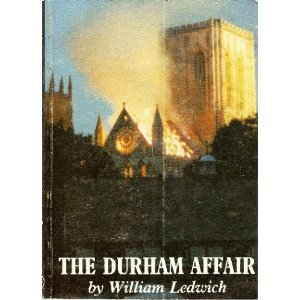 Ledwich’s The Durham Affair in which he cites a survey that found that over a third of the bishops in the Church of England denied the historicity of the Virgin Birth and nearly half denied the historicity of Jesus’ bodily resurrection.  Initially, I wasn’t all that surprised by the findings of the survey having spent quite a bit of time with Episcopalians in Hawaii.  But one Sunday morning as I went up to receive Communion I reflected on the fact that by receiving Communion at All Saints in Berkeley, I was in communion with the liberal Episcopalian bishop across the Bay in San Francisco, and furthermore I was in communion with the liberal Anglican bishops across the Pond in England who denied the basic tenets of the Creed!  I stopped going there soon after.  One way out of this conundrum is to adopt a Zwinglian “just a symbol” approach to the Eucharist but this would involve a decisive break from the historic understanding of the Eucharist.  Leithart can import all sorts of Anglican aesthetics into his Sunday “Liturgy,” but where does he stand with respect to the real presence of Christ’s body and blood in the Eucharist?  Without the real presence in the Eucharist one will end up beautifying a weekly ritual.  In the article for First Things Leithart talks about the need for Evangelicals to recover the Eucharist, but I could not find any affirmation of the real presence.

I am not sure Leithart knows what it means to be “Episcopalian” in the full sense of the word.  Rather than look to the sorry mess in England, he should be looking to Antioch.  The ancient see of Antioch has its roots in the New Testament (see Acts 11:26).  Ignatius of Antioch wrote in one of the earliest post-apostolic letters:

Let that be considered a valid Eucharist which is celebrated by the bishop, or by one whom he appoints.  Wherever the bishop appears let the congregation be present; just as wherever Jesus Christ is, there is the Catholic Church. (To the Smyrnaeans VIII)

Be careful therefore to use one Eucharist (for there is one flesh of our Lord Jesus Christ, and one cup for union with his blood, one altar, as there is one bishop with the presbytery and the deacons my fellow servants), in order that whatever you do you may do it according to God.  (To the Philadelphians IV)

If Pastor Leithart claims not to be afraid becoming Episcopalian, he should consider becoming a real “Episcopalian,” that is, become Eastern Orthodox.  We have the historic episcopacy; we have the historic Liturgy with the aesthetic elements; and the Faith of the Apostles zealously guarded and handed down via Holy Tradition.  Patriarch Ignatius IV, the current patriarch of the Antiochian Orthodox Church stands in direct apostolic succession to Ignatius the author of the letters quoted above and who was a student of the Apostle John.  The Anglican option that Leithart seems to favor can only take one as far back to the sixteenth century to a ruthless Machiavellian monarch; the Eastern Orthodox option provides a historic link to the Apostles and the Apostolic Faith.  What is there to be afraid of about the Holy Orthodox Church?