Light from the Christian East: An Introduction to the Orthodox Tradition.   By James R. Payton

When a Reformed Christian or an Evangelical joins the Orthodox Church, the first reaction of many friends and family is: What is the Orthodox Church?  They need a book that can help them understand what Eastern Orthodoxy believes and how it differs from Protestantism.  James Payton’s Light from the Christian East (2007) was written for that purpose.

His book will be of interest to visitors to the OrthodoxBridge because Payton wants to foster dialogue between the West and Eastern Orthodoxy.

Western Christians and Eastern Orthodox can and should speak with and listen to each other in ways that enable us to enrich each other and together draw nearer to that fulness of development to which we are all called in Christ (Ephesians 4:13).  This book is offered as a contribution to such dialogue (p. 11).

A major impediment to Reformed-Orthodox dialogue are the numerous misconceptions Western Christians have of Eastern Orthodoxy.  Payton discusses these misperceptions directly and charitably:

Theology – Talking About God.  Orthodoxy does theology differently from Western Christianity.  Underneath the surface of quite similar theological terms lie profound cultural differences.

Western Christians often have difficulty understanding what Eastern Orthodoxy refers to as “kataphatic” (with words) theology versus “apophatic” (beyond words) theology.  Payton discusses the difference between what he calls “positive theology” and “negative theology” (p. 72 ff.).

The subsection “Essence and Energies” (p. 78 ff.) will help Evangelicals and Calvinists understand how Eastern Christians talk about God and Trinity.  Any Western Christian who wish to enter into a serious discussion with Orthodox Christians about the Trinity and the Filioque controversy would do well to read this section.

Grace.  One of the more surprising and interesting chapters in the book is chapter 9: What is Grace?  For all the emphasis the West has given to the role of grace in our salvation, Western theologians did not give much thought about what grace is.  The widely cited definition “unmerited favor” still fails to answer the question (pp. 156-157).

Despite their championing sola gratia, none of the Reformers (Luther, Calvin, Zwingli, and Bucer) sought to define what grace was.  The one exception was Melanchton for whom grace was God’s goodwill towards us in the form of the forgiveness of sins (pp. 158-159).  He opposed the medieval Catholic view of grace as a habitus within us.

For the Orthodox grace is God’s energies acting out of the divine essence (p. 163).  Orthodox theology utilizes the distinction between essence, person, and energies in its discussion of God’s being and his interaction with creation.  Payton notes that this understanding of grace means that God never holds creation at arms length but is intimately involved in sustaining its existence and bringing out our salvation.  This approach is radically different from the forensic model of salvation many Protestants and Evangelicals are used to.  The forensic model of salvation assumes a transcendent holy God who stands apart from our sinful world.  It pretty much leaves out or minimizes salvation as our sharing in the life of the Trinity.

The Orthodox understanding of grace as the uncreated energies of God provides the basis for understanding salvation as union with Christ and theosis.  In light of the growing interest among Reformed Christians in these two topics Payton’s discussion of grace can help them better understand and appreciate the Orthodox approach to salvation. 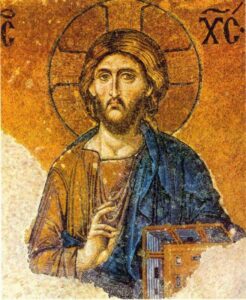 Icons.  The issue of icons and their place in Christian worship is an issue that any survey of Orthodoxy must address.  Payton addresses icons sympathetically from the standpoint of religious art and aesthetics.  This chapter is strikingly lacking in polemic.  Instead what one finds is a sympathetic presentation of the Orthodox apologia for icons and a discussion of the historical development of iconoclasm in the West.  One of the strengths of Payton’s book is the absence of simplistic or ill-informed arguments against icons.  Payton is surprisingly aware of the sophistication of Orthodox apologia for icons.  It is unusual to find Evangelicals presenting the biblical passages Orthodoxy has used in defense of icons (pp. 182-184).

This chapter provides a common ground for Reformed and Orthodox dialogue on icons.  This is important because without this common ground, the two sides will talk past each other.  It is important that with a highly emotional issue like icons knee jerk polemic be replaced by careful, attentive listening and dialogue.  Payton makes a number of comments that Calvinists and Evangelicals should pay attention to:

Even so, any Western Christian should find it challenging to consider how our brothers and sisters in Christ in Eastern Orthodoxy have wrestled with the question of religious imagery.  Surely in this, too, we can learn from them (p. 192).

…but those Protestant responses do not begin to deal with the scripturally, exegetically and christologically more sophisticated defenses propounded by the iconophiles during that controversy.  Indeed, down to the present day, no Protestant church has dealt with the arguments offered in defense of icons within Eastern Orthodoxy (p. 191; emphasis added).

Modern Protestantism’s inability to counter the classic apologia for icons is one reason why so many Calvinists and Evangelicals are becoming Orthodox.  For too long Protestants have assumed that icons to be one of the weakest points of Orthodox theology.  This is the mistake I made when I was at a Reformed seminary.  I was unprepared for the strength and the reasonableness of the Orthodox defense of icons.

Payton has done a good job in laying the ground work for future Reformed-Orthodox dialogue.  As increasing numbers of Evangelicals and Calvinists move over to Orthodoxy it becomes all the more important that the two sides enter into a dialogue about icons, Scripture, and the historic Christian Faith. 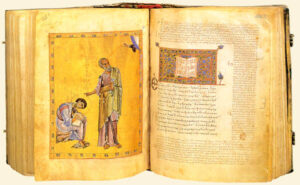 Tradition and Scripture.  Payton does a fine job in describing the Orthodox Church’s understanding of Scripture being integrally related to Tradition.  This can be seen in the subsection: “Scripture as Part of Tradition” (p. 199 ff.) in which Payton discusses one of the core tenets of Protestant theology: sola scriptura.  One of the problems with Reformed-Orthodox dialogue on this subject are the misconceptions or caricatures surrounding both Scripture and Tradition.  Payton notes that sola scriptura meant Scripture as the only unquestioned religious norm, not it being the only exclusive authority (p. 198).  The historic relation between Scripture and Tradition is complex.  Payton gives a very brief summation of the historical circumstances in medieval Catholicism that gave rise to the Protestant Reformation and sola scriptura (pp. 196-197).

Recent developments in Protestantism and Roman Catholicism have given rise to a rapprochement of sorts on the issue of Scripture and Tradition.  Payton writes:

Contemporary Western Christian scholarship (on both the Reformation and the New Testament eras) is in some considerable ferment and upheaval, with more nuanced views on the relationship of Scripture and tradition being suggested, views which deal more responsibly with the relevant data (p. 198).

He closes the chapter with this thought:

The close coherence of tradition and Scripture in the Eastern Christian understanding reflects a lost heritage in Western Christian thought.  Perhaps in our struggles we in the Christian West are on the way to reappropriating that heritage.  If so, Orthodoxy offers us help in finding our way (p. 205).

It is this search for a lost heritage that has drawn many Protestants to Orthodoxy.  They want something more than Sunday religious entertainment and the latest theological fad.  Payton’s book can help concerned Protestants appreciate the fact that accepting Tradition does not mean the devaluing of Scripture. 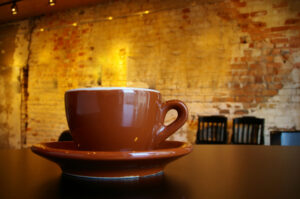 It is my hope that as Reformed and Orthodox Christians sit down together in their living rooms or at the local coffee shop they will use Payton’s Light from the Christian East as a conversation starter about Scripture’s relation to Tradition, icons and historic Christian worship, or what we mean when we say we are saved by divine grace.  In this time of openness both sides have much to gain from learning from each other.

Good Reads has comments by people who gave the book five stars out five, four out of five, and some three out of five.

Derek Quellette read Light from the Christian East and it still didn’t quite prepare him for his first visit to an Orthodox Liturgy.  Read his “My First Visit To The Orthodox East” in Covenant of Love site.