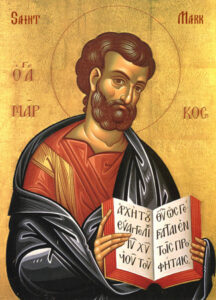 On 23 November 2011, Christianity Today published “Our Secret African Heritage” by David Neff.  Neff discusses Thomas Oden’s book about The African Memory of Mark (IVP).  John Mark was born in Libya then migrated to Jerusalem where he became one of Jesus’ earliest followers.  He later became a key evangelist in the early church establishing churches in North Africa, including the Church of Alexandria which continues until today.

It is a pleasant surprise to read Neff’s description of Mark’s role in the apostolic succession.

Mark didn’t die before he appointed successors in Libya and Egypt, just as Paul mentored leaders to follow him in places he evangelized.  Mark’s first convert, a shoemaker named Anianus, succeeded him.  He heads the list of bishops, beginning in A.D. 68.  In this era before New Testament Scripture was canonized, knowing the spiritual “begats” of your fellowship of believers was important for validating your church’s teaching.  This genealogical approach to authority was never in tension with Scripture.

The above paragraph describes some of the fundamental elements of Orthodoxy: Scripture, the episcopacy, apostolic succession, and the traditioning process.  What caught my attention was the last sentence about the genealogical approach which is one that I can affirm as an Orthodox Christian.  Tradition and Scripture are not inimical to each other but properly understood mutually reinforcing: Scripture bears witness to Tradition, and Tradition bears witness to Scripture.

It is encouraging to see Evangelicalism’s leading magazine becoming receptive to church history and to the idea of Holy Tradition.