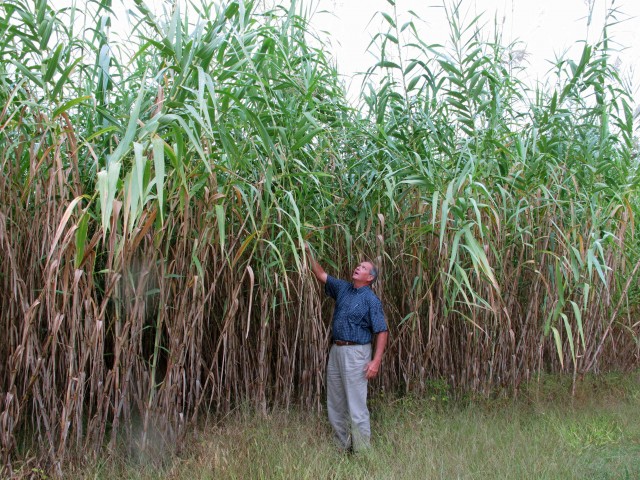 The Orthodox Church prepares for Lent by observing a series of Sundays, each with a particular theme. On the Sunday of the Prodigal Son, the Orthodox faithful hear one of Jesus’ well known parables and are urged to reflect on the importance of repentance for our spiritual recovery. One way we learn the meaning of repentance is through the hymns and prayers of the Church. One especially powerful prayer sung in the Vespers service for the Sunday of the Prodigal Son goes:

I was entrusted with a sinless and living land, but I sowed the ground with sin and reaped with a sickle the ears of slothfulness; in thick sheaves I garnered my actions, but winnowed them not on the threshing floor of repentance. But I beg Thee, my God, the pre-eternal husbandman, with the wind of Thy loving-kindness winnow the chaff of my works, and grant to my soul the corn of forgiveness; shut me in Thy heavenly storehouse and save me. (Lenten Triodion p. 112; emphasis added)

Frederica Mathewes-Green in Facing East (p. 13) describes this hymn as a blend of the just-as-I-am humility but with a flourish of eloquent rhetoric. This prayer resonates with me because I spend a fair amount of time doing yard work. I find it frustrating after having made a part of my yard immaculate seeing weeds reappear over and over. This for me is a picture of the situation in my soul.

Heaven was intended to be our home, but due to our sins we have gone into exile, living in a foreign land strangers to God. In another part of the Vespers service is the prayer:

As the Prodigal Son I come to Thee; merciful Lord. I have wasted my whole life in a foreign land; I have scattered the wealth which Thou gavest me, O Father. Receive me in repentance, O God, and have mercy on me. (Lenten Triodion p. 113)

Sin is more than a legal violation. It is also the state of estrangement in which one is far removed from God. Therefore, salvation is more than legal righteousness; it also involves union with God. Repentance is key to our return to God. Repentance is more than remorse – feeling bad or having regrets over what one has done. Repentance goes a step beyond remorse and involves the renunciation of sin and a return back to God. Judas Iscariot had remorse, but Simon Peter returned to Jesus. The prodigal son had remorse when he longed to eat what the pigs were eating, but repented when he came to himself and resolved to go back home to his father (Luke 15:17-18). 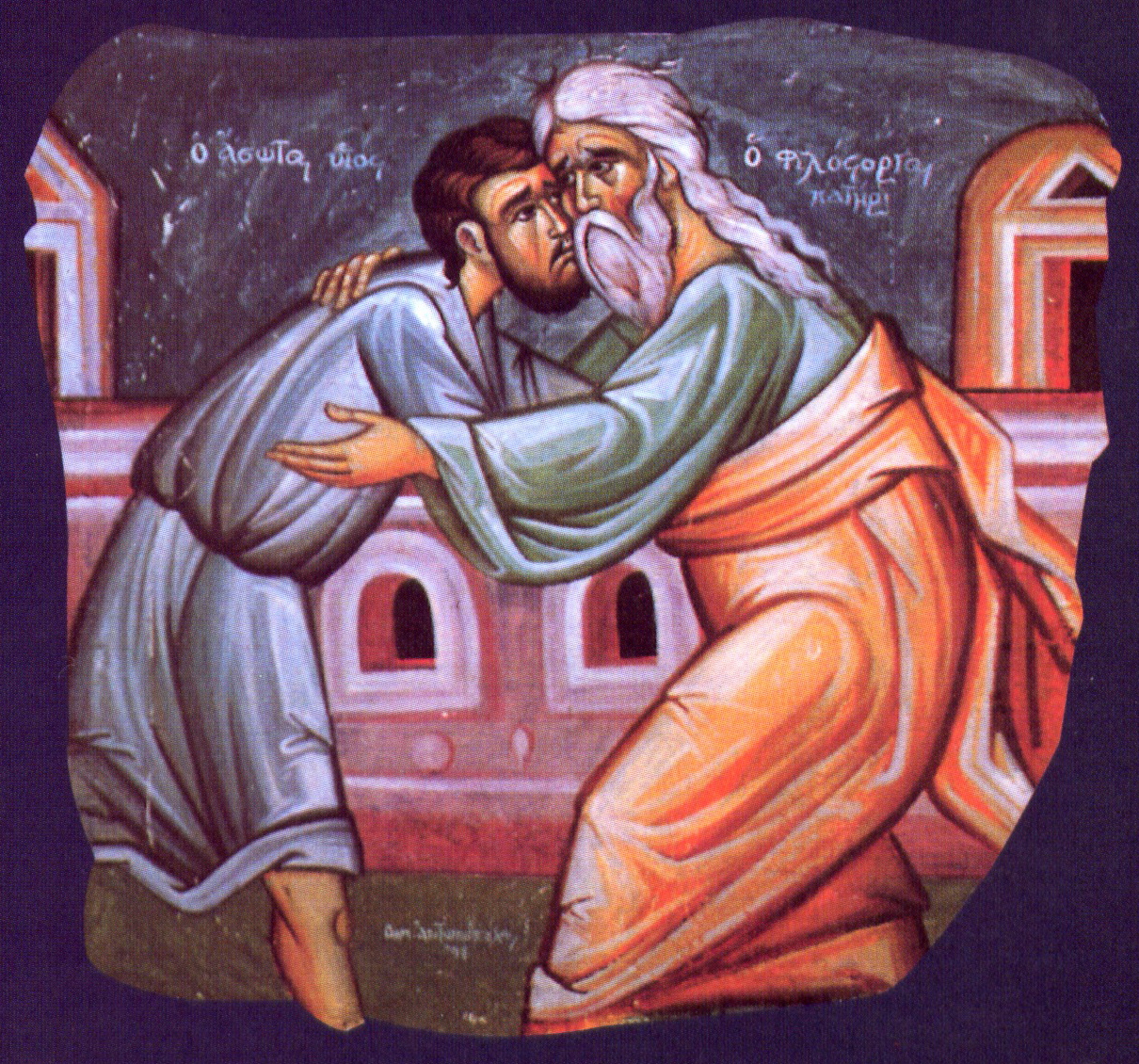 Icon of the Prodigal Son

Repentance in the Reformed and Orthodox Traditions

Repentance is a good example of how synergy underlies our salvation in Christ. We repent and God receives us back gladly. Unlike the heresy of Pelagianism which teaches that salvation depends on our exercising our will power, Christianity teaches God’s grace and mercy prepares the way for our return. God initiates and we respond.  God is the source of our salvation.

The Orthodox paradigm of salvation rests on two premises: (1) that God loves all people and (2) that all of us, even though fallen sinners, still retain free will. Our souls may have been damaged and corrupted by sin, but we still have the capacity to respond to God who is Love (1 John 4:8). Love does not coerce, but waits. The father in the parable of the Prodigal Son considered the wayward son dead in a certain sense but was waiting in hope for his return (see Luke 15:32).  The Orthodox paradigm of synergism differs sharply from the Reformed paradigm of monergism. In the Reformed paradigm the human will has been so damaged by the Fall that humanity lacks the capacity to return to God unless one has been predestined. We find the doctrine of monergism in the major confessions of the Reformed tradition.

Other men do not share this conflict since they do not have God’s Spirit, but they readily follow and obey sin and feel no regrets, since they act as the devil and their corrupt nature urge. But the sons of God fight against sin; sob and mourn when they find themselves tempted to do evil; and, if they fall, rise again with earnest and unfeigned repentance. They do these things, not by their own power, but by the power of the Lord Jesus, apart from whom they can do nothing. (Chapter 13 – Scots Confession; emphasis added)

Now we expressly say that this repentance is a sheer gift of God and not a work of our strength. (Chapter 14 – Second Helvetic Confession; emphasis added)

Where Calvinism believes that humanity has lost all capacity to respond to God’s grace, Orthodoxy and the early Church Fathers taught that man has retained free will after the Fall the ability to respond to God. See my articles: (1) “Calvin Dissing the Fathers” and (2) “Plucking the TULIP.”

While Calvinism part ways with Orthodoxy over synergism, there is a shared understanding that repentance involves dying to self and being renewed in the Spirit.

Because they acknowledge Christ the only head and foundation of the Church, and, resting on him, daily renew themselves by repentance, and patiently bear the cross laid upon them. (Chapter 17 – Second Helvetic Confession; emphasis added)

Repentance unto life is a saving grace, whereby a sinner, out of a true sense of his sin, and apprehension of the mercy of God in Christ, doth, with grief and hatred of his sin, turn from it unto God, with full purpose of, and endeavor after, new obedience. (Q. 87 – Westminster Shorter Catechism) 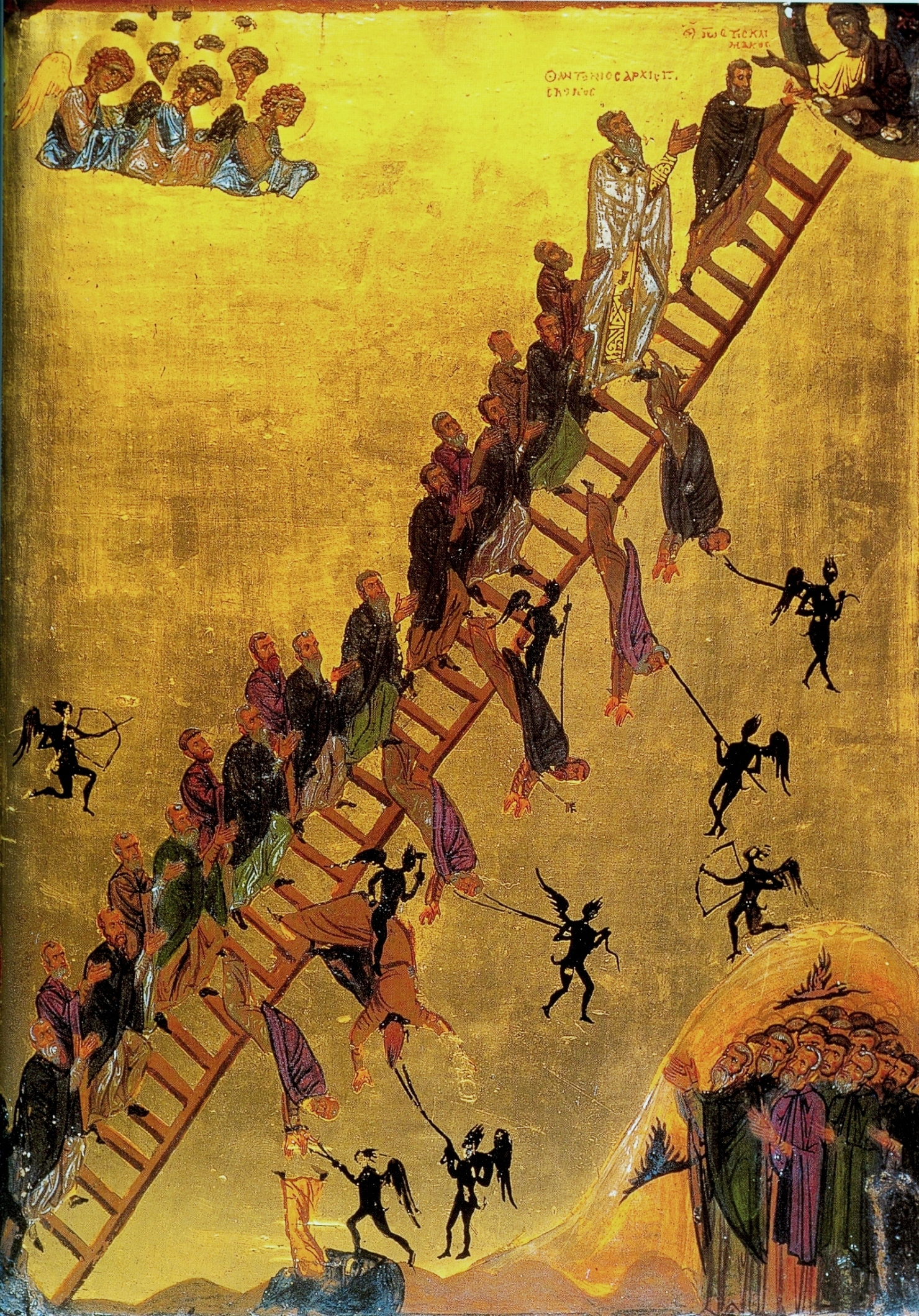 Repentance is an important part of spiritual warfare. When we sin, we under the influence of demons. Repentance is key to breaking the power of the demons in our lives.

I have become enslaved to every evil and in my wretchedness I have bowed down before the demons that provoke the passions; through heedlessness I have lost possession of myself. O Saviour, heavenly Father, take pity on me as I flee for refuge to Thy many mercies. (Lenten Triodion p. 117)

Missing from the Reformed understanding of repentance is the context of spiritual warfare. A search of the PCUSA’s Book of Confessions yielded only three results for “demons.” In Orthodoxy, there is a keen awareness of the Christian life as spiritual warfare. Prior to baptism, in the Rite of Exorcism the catechumen (candidate) renounces Satan three times. Throughout the Orthodox life are reminders of the need to battle the passions of the flesh and resist the demons. We do this in order to “fight the good fight” and to “finish the race” as the Apostle Paul put it in 2 Timothy 4:7. 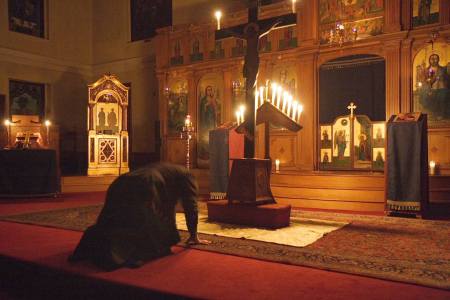 Repentance and Returning to God

Lent is a journey. During the season of Lent, just as the Prodigal Son repented and made his journey back home, so likewise Orthodox Christians daily repent of their sins and undertake a return journey to the kingdom of God. Our journey is not outward and physical, but rather inward. Every day of Lent we undertake the disciplines of fasting, prayers, and acts of charity. The Lenten journey culminates in the midnight Pascha (Easter) Liturgy. After weeks of carrying our cross, repenting of sins, battling the passions of the flesh, and spending time in prayer, we are welcomed home by our loving heavenly Father. The fatted calf symbolizes the Eucharistic celebration. The Prodigal Son reclothed with the best robe symbolizes the newly baptized who are clothed with Christ. In the joyful resurrectional hymns the Church rejoices and makes merry as did the Father and the household over the return of the Prodigal Son.

Let us with repentance begin our Lenten journey. Let us with perseverance make our journey back home to God who is waiting for us.