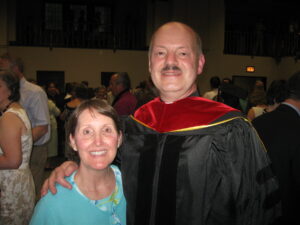 Folks, I invited Fr. Isaiah to write this blog posting for couples.  I met Fr. Isaiah when he was stationed at Schofield Army Barracks in Hawaii.  He is currently stationed at Ft. Riley, Kansas.  He serves under Bishop Basil, Diocese of Wichita and Mid-America, Antiochian Orthodox Christian Archdiocese.  Robert

I wish to write briefly about the importance of husbands, on the way to Orthodoxy, to be patient with reluctant wives, to love them unconditionally, pray fervently, and demonstrate the positive and life-changing influence of the Orthodox faith in their lives. I would now also like to say something about helping wives understand something about the reason for seeking such a change. The acceptance of the Orthodox Church can be seen as the fulfillment of the road we are already on.

My wife and I converted to the Orthodox faith in 1991, after several years of searching. We were both raised in the evangelical wing of the United Methodist Church, and met at Asbury College. After attending Asbury Theological Seminary, I went on to serve as a pastor in United Methodist churches for 11 years. During that time, we proudly identified ourselves as evangelicals; it was our commitment to an evangelical view of Scripture and the historic teachings of the Church that eventually led us to search for a home in historic Orthodoxy.

It was shortly after we left the United Methodist Church, during our first few weeks as Orthodox catechumens, that a conversation took place after the Liturgy. One of our new Orthodox friends was asking us some questions about our life, back “…when you used to be evangelicals.” In the car on the way home, my wife asked me, “When did we stop being evangelicals?” We talked through the idea that terms mean different things in different contexts. To us, “evangelical” had always meant the opposite of “liberal,” with reference to our conservative theological commitments. Thus, our movement to Orthodoxy was the fulfillment of our evangelicalism. But to our Orthodox friend, “evangelical” meant “Protestant,” as it does in Europe, where you can be “evangelische” and still be as liberal as the day is long. Thus, to someone with a more European outlook, our coming to Orthodoxy was a leaving behind of evangelicalism.

This was an important conversation for my wife and me. It served to emphasize that, even though we were entering a new world, our entry to Orthodoxy did not represent the abandoning of everything we had believed in. Rather, we were following our hearts, and God’s call, to live our evangelical faith to its logical fulfillment. There is a balance, in the Gospel, between continuity and discontinuity. Christ, who said, “Behold, I make all things new,” also told His disciples that He did not come to destroy the Law, but to fulfill it.

For all of those considering the Orthodox Church, there is something about their spiritual quest, for which Orthodoxy is the fulfillment. For many modern Roman Catholics, for example, the Roman church is not Catholic enough. Coming to Orthodoxy, for them, is a returning to the ancient Catholic faith, to a Church more like the one their grandparents knew. It is the fulfillment of their Catholicism, not its negation. Much the same could be said of those coming from the Anglican tradition. To be sure, there are great differences which need to be dealt with, doctrines and practices which need to be brought into line with Orthodox theology and ecclesiology.

For those like my wife and me, coming from Protestantism, the continuity and fulfillment experienced in the move to Orthodoxy have more to do with finding an unchanging Church, faithful to Scripture and the teaching of the Apostles, after being set adrift by ever-changing social policies and make-it-up-as-you-go doctrine. We were delighted to find so many direct links between the Church of the New Testament and the Orthodox Church; not just Apostolic Succession, but the apostolic faith and practice, here and now.

As I work with new converts, both enthusiastic and reluctant, I find it most useful to find out where they are coming from, on this spiritual quest, and build on the strengths already there. Enthusiastic husbands with hesitant wives should first appreciate their wives’ hesitation. Reluctance to jump ship is a good thing! Gently and patiently help her to see that this move is in the direction of truth (the Truth), faithfulness, authentic worship, deeper spirituality, and life-long transformation in the likeness of Christ. In other words, what she is longing for. Tell her what it is that excites you about Orthodoxy. Most of all, this move must be a movement toward something, not just away from something. 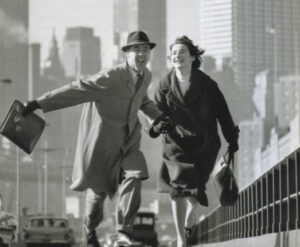 I hope in another installment to give some more practical advice, about when and how to adopt Orthodox practices into the home.

For that, it would be good to have some input from guys who have made this journey with their families. How did you handle the sign of the cross, a prayer corner, prayers at meals, attendance at Orthodox worship services, etc., while you were still on the way?

The blessing of the Lord and His mercy!

Frederica Mathewes-Green “In the Passenger Seat”